Song Writer,  Performer, Photographer
Double-click to start typing
Huntsville Ontario Canada Music Entertainment Photogrraphy,Business,SOCAN
"So many invisible angels work
to keep
Us from drowning;
so many hands reach
Down to pull the
swimmer from the water
-Robert Bly. 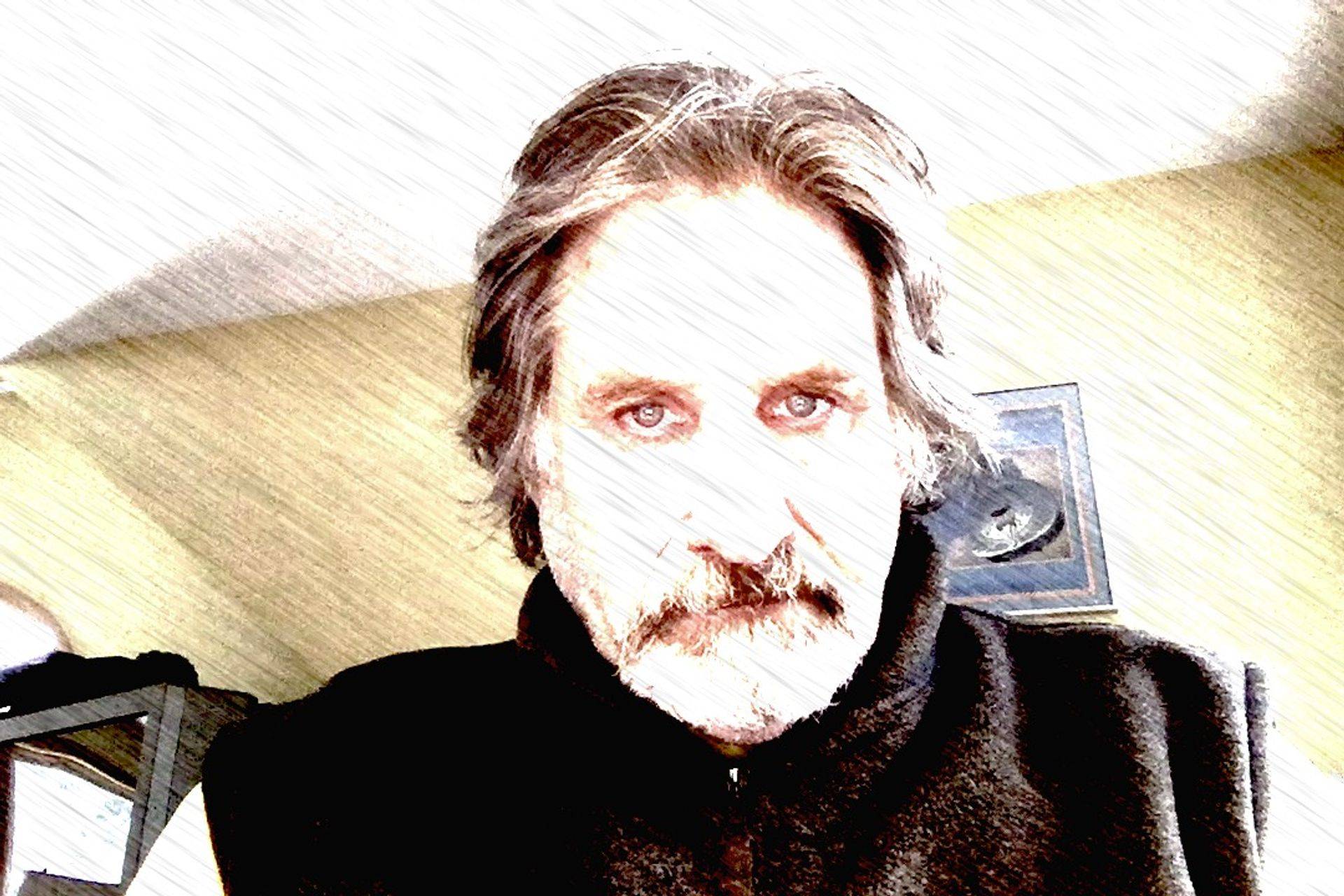 "Doesn't everything die at last, and too soon?
Tell me, what is it you plan to do
with your one wild and precious life?"
— Mary Oliver

“Suzanne takes you down to her place near the river You can hear the boats go by, you can spend the night forever And you know that she's half-crazy but that's why you want to be there And she feeds you tea and oranges that come all the way from China And just when you mean to tell her that you have no love to give her Then she gets you on her wavelength And she lets the river answer that you've always been her lover And you want to travel with her, and you want to travel blind And you know that she will trust you For you've touched her perfect body with your mind” Suzanne Leonard Cohen 1966 This column is an exploration of the art of song writing and live song performances in the Muskoka area along with a discussion on the recorded works of local and visiting artists as well as reviews of past and up coming shows that I have the privilege of attending. wavelength - Great North Arrow – February 2019 This week Jon Brooks (jonbrooks.ca) live in concert and Noah Zacharin’s (www.noahsong) remarkable 2018 album – A Startle of Wings. Most of us find ourselves surrounded by song and music of some form throughout our day. Whether we have chosen a playlist for our drive to work or catch a tune on our favourite radio show or simply recognized a tune in the background of a movie or television program we are watching, songs fill our waking hours. For some, those songs reflect the world we see, the loves we have or the hopes we aspire to. Frequently a song holds us as if in a momentary magical trance and nothing we do will free us from the spell that song weaves around our thoughts and dreams. Often we are caught by song in a moment of our life passage and are reminded vividly each time we hear it. Leonard Cohen spoke directly to the inner magic of song – the marriage of lyric to melody, in his masterpiece “Suzanne” from 1966, when he invites us to partake in the “tea and oranges that come all the way from China” until “she gets you on her wavelength” and we are forever drawn into events beyond our perception that linger in awareness long into the days and nights that follow. Such is the power of song, that it might change the way you see things and inform the steps you take from the moment you come into contact. Behind the nature of song are the practitioners of the art – often-humble humans who toil to bring unseen forces into focus that we might be so influenced. Not all songs are equal of course and some are written for our pleasure, diversion and enjoyment. All are valid and the songwriters of all song deserve our closer attention. The Muskoka area is blessed with many songwriters (of whom I am one) and it is my hope that in this column I will introduce you to some. Muskoka also is a favoured place for concerts and live music and I will share the news that I have and the shows that I get to attend.

This past November, Jon Brooks played three concerts in Muskoka and Parry Sound venues. The shows were very well attended and Mr. Brooks was greeted with tremendous enthusiasm. I first heard Jon Brooks at a concert in 2014 in Huntsville at a concert that featured Rob Lutes, and many local songwriters. That night Jon played a song with the longest title but the most powerful message that I have ever heard. That song “If We Keep What's Within Us, What's Within Us Will Kill Us, But If We Give What's Within Us, What's Within Us Will Save Us” was to be on my playlist, on repeat, for weeks. I was hooked, awed and inspired. At that time, Jon Brooks was touring in support of his award winning album for Borealis Records, The Smiling And Beautiful Countryside 2014 – a dark set of songs of rural Canadian murder ballads and was recorded in Toronto by acclaimed producer/engineer, David Travers-Smith. In those songs he found a way to touch a nerve in our complacency and shake us free of our slumber or as he often says: “I write songs to calm those who’ve looked into, and seen, what is in their hearts. I also write songs to terrify those who have not.” – Jon Brooks In 2018, Jon Brooks released his long awaited album “No One Travels Alone”; eleven songs connected by the corona (circular) form, in which the last line of each song is the first line of the following song. His concerts in Muskoka were a continuation of a long worldwide tour in support of this work. The songs on “No One Travels Alone” are filled with poetic meditations on the human beast’s aspirations - trapped and aching by both good and evil. Allow me to recommend that you seek this work for yourselves. Jon Brooks in concert performance is a whirl of craft and invocations that call upon each in attendance to open, to listen and to pay attention. He stamps his foot as if to waken earth forces and slaps the back and a front of his guitar as if some magical drum. He calls out as if in benediction to unseen sacred powers for us to reach within and understand. These acts are not meant for mere theatrics but call upon an ancient craft and time when audiences gathered for higher purpose. All of this is done in service of the songs. Now some 15 years or more in pursuit of his artistry, Jon Brooks has a deep catalogue to draw upon. Each concert is prepared with the place and time in mind in honour of each show’s specific qualities. For the concert held at the NAISA North Media Centre & Cafe in South River, Brooks drew up some of his better known tunes as well as several from “No One Travels Alone” most notably - Proxima B, Standing At the Gates and All Life’s Meaning. He also chose songs from his earlier albums, punctuating his own songs with song quotes from other songwriters and poets. Brooks is a careful practitioner of language and the references he alludes to in his songs is broad – sweeping. This is the aspect of his writing that I am most attracted to: attention to detail and the depth of research that prefaces his writing. As an artist Brooks pursues topics with diligence, curiosity and compassion in his effort to discover the deep truths of our life on planet earth. You can read more about Jon Brooks at https://borealisrecords.com/artists/jon-brooks" target="_blank">https://borealisrecords.com/artists/jon-brooks and his website https://www.jonbrooks.ca" target="_blank">https://www.jonbrooks.ca

Oops, you forgot something.

The words you entered did not match the given text. Please try again.

Reply Chelsea Chang
11:28 AM on October 1, 2019
Dolmen mall in Karachi is another brilliant piece of dolmen grow and industries. It is at 2.5 lakh square meters and spreads over 6 floors contain 300 shops.https://www.topdissertations.org/thesisrush-review/ shares its details. It also has a large ff court and family area as well as a cinema.

Reply Buyinstagramfollowersaustralia
3:36 AM on October 11, 2019
- Everything you need to know to start blogging -- we'll show you how step-by-step. Plus tips, tools, and reviews to help you gain visitors, ...By Followers Australia

Reply Buyinstagramfollowersaustralia
3:37 AM on October 11, 2019
Blogs can help drive traffic to your website, convert that traffic into leads, establish authority in your industry, and ultimately grow your business. In fact ...By https://buyfollowersaustralia.com.au

Reply followers uk
1:59 AM on November 8, 2019
Publish your passions your way. Whether you'd like to share your knowledge, experiences or the latest news, create a unique and beautiful blog for free.
by buyfollowersuk

Reply followers canada
7:00 AM on November 30, 2019
The word â??blogâ?? is a shortened version of web logs or weblogs. Besides being shorter and catchier, â??blogâ?? seems less likely to cause confusion, as â??web logâ?? can ...
BY https://epicfollowers.ca/

Reply followersuk
10:22 AM on December 18, 2019
Many blogs focus on a particular topic, such as web design, home staging, sports, or mobile technology. Some are more eclectic, presenting links to all types of ..by http://buyactivefollowersuk.co.uk/.